Registration for the 2021 is now open!
Sign up today at
​Runpalmsprings.com
Racewire.com and Active.com 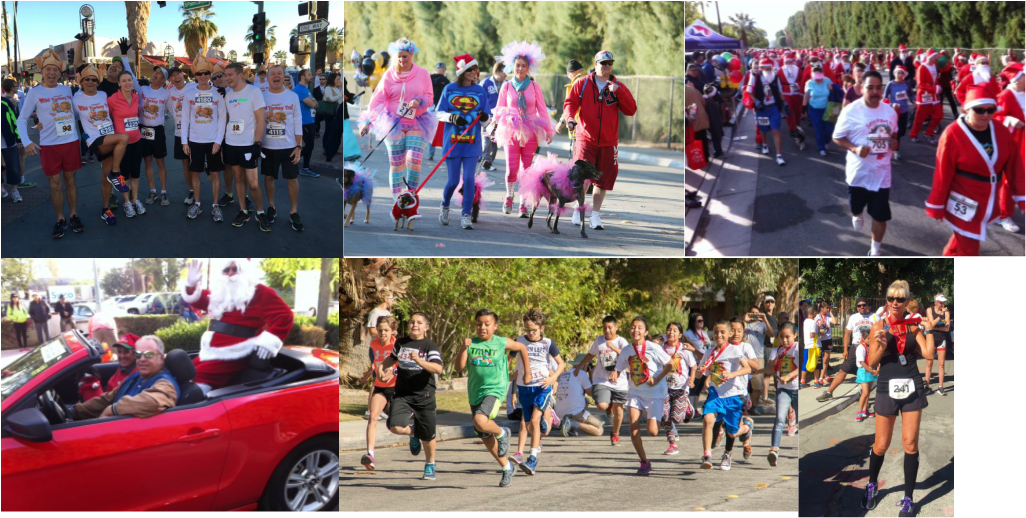 OUR RUNNERS PLEDGE:
I run hard and I stay strong.
I choose the path of right not wrong.
I'll stay the course and do my best.
Achieving goals is my quest.
I can realize any dream as I bring honor to my team.
Honest, loyal, faithful proud.  Hear me as I shout aloud.
I am a Palm Springs Marathon Runner. 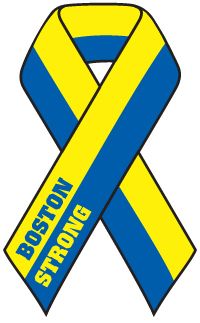 So when Kathi forwarded information about  the upcoming One Run For Boston, we were inspired to participate.  One Run was to be an inspirational relay event to honor the victims of the 2013 Boston Marathon and raise money for the charity started as a tribute to them.  As soon as I finished reading Kathi’s email, I went straight to the One Run website and signed up right away.

One Run For Boston was the first ever non-stop running relay across the United States.  Beginning at Venice Beach near Los Angeles on Friday June 7th, runners would transverse 3,000 miles through fourteen different states ending at the Boston Marathon finish line three weeks later on Sunday, June 30th.

Each runner completed a leg of this relay, comprising 8 to 12 miles.  A certain number of group stages were offered, culminating with the last leg of the race which included over 600 participants.  Each runner donated $50 to claim a stage, with all monies being donated to the One Fund charity.

The relay was the brainchild of three Brits who wanted to show their support for Boston following the tragic events of April 15th. This trans-America relay race covered 3,300 miles and ran 24 hours a day—no matter the weather.  Our UK friends, Danny Bent, an adventurer, best-selling author and triathlete was the spokesperson of the enterouge.  Kate Treleaven, a long distance runner herself, had previously organized and 8,000 mile non-stop relay which visited every corner of the British Isles and raised thousands of pounds for a UK children’s charity.  Jamie Hay was the digital guru for One Run, in charge of the video and photo content as well as managing the Twitter, email and Facebook aspects of the journey.

As I looked over the website, I noted that the route only touched the northern part of Palm Springs as it headed north up Highway 62.  We’ve travelled that road hundreds of times on our way to visit Grandma Mary and so I knew quite well that this route wasn’t just a run—it was an uphill climb!  I staked my claim to Stage 15 which began at Little Morongo Canyon Road which is approximately one mile south of where Highway 62 crosses Indian Avenue.  This stage ended approximately 11 miles later at Samel Road in Morongo Valley.  It had the steepest elevation climb of any stage in California, but I was determined that this stage would be mine!

They had set up a great communication system so that runners would know approximately when their stage would begin.  We exchanged phone numbers with the people one and two ahead of us and one and two after us on the race route.  We were to text those ahead to let them know we were on the way.  So simple—and it worked!

It was up to each runner to decide, plan and navigate the exact route they’d be taking between the specified start and finish points for their stage.
Since I would be maneuvering a very windy and treacherous path, I decided to take my route off road and run the service trail adjacent to Hwy. 62.  So, a week prior to my run date, Jay and I took out the trusty Jeep and drove the route.  We discovered that the route was blocked by boulders at one point, but by simply climbing those boulders, I’d have a safe run along the eastern portion of the highway.  Approximately, half-way up the grade, we discovered that the trail would take me through a tunnel that went under Highway 62, spitting me out on the western side of the road with a nice trail to follow until reaching Hess Road in Morongo Valley.  It would then be a run against traffic for another 5 miles until my end point at Samel Road.

As D-day approached, I was in contact with my fellow runners, wishing them luck and looking forward to meeting, in person, those I had been texting for the prior week.  The woman preceding me was from Boston.  Her sister had run in the marathon on April 15th, but had not been able to finish due to the blast. She was participating in this run to honor her sister and her hometown.

I had so much respect for Lindsey.  Not familiar with this area, she had signed up for a very lonely route that was not well defined.  It was a challenging stage with a very steep hill.  As I saw her approaching me for the baton hand-off, I could feel the emotion exude with her every footfall.  Hot, tired and exhausted, she passed me “Miles” the official GPS baton of the run which was tracking our every step from coast-to-coast.

Three weeks later, at the completion of the relay, I received this text message from Lindsey.    “Hi Molly!  I had the chance to cross the finish line in my home city of Boston with my sister who was at the marathon!  It was such an inspiring night.  I thought of you @ that wonderful day in Palm Springs.  It was an honor to meet you & I always smile when I think of you J”.

Although I had a challenging climb, I felt thoroughly prepared for my stage.  I figured that if I could complete Greg Klein’s Palm Springs Tram Roach Challenge that this stage could be no worse than Greg’s 6K uphill climb.  Also, I was wearing my lucky Asics running shoes that I’d gotten from Running Wild and had taken me over the finish line of the Modesto Marathon two months earlier.  And finally, I had received a text from a fellow one run participant who told all of us desert runners about a fantastic new product.  It’s a cooling towel that brings down body temperature about 20 degrees.  So, with experience, shoes and my towel, I confidentially started out that Saturday morning.

Jay was there to be my support crew; bringing me water and an ice chest so that I could dip and recharge my towel.  He met me every mile or so as I continued to climb the hill. When I reached Hess and Hwy. 62, I knew that the worst was behind me.  I was now on the open highway and in somewhat familiar surroundings.  As I continued up this much travelled road, I saw things I’d never noticed before.  There’s a little year-round Christmas store and a couple of brightly painted Adirondack chairs sitting alongside the road in the middle of nowhere.  As I proudly ran my route, people honked and waved as they passed me by.  I held onto Miles with pride, somewhat surprised at how easy it was to carry that GPS baton over the miles.

As I was approaching the end of my stage, I noticed a couple of Marines running toward me.  They were a part of the next stage and the stage leader, Jennifer Mihalcin had sent them to motivate me during that final uphill mile.  I savored running that final mile; knowing that I may never again have the privilege of being involved in such an awesome an inspiring experience.   About 200 yards from the hand-off, my new Marine buddies told me to run along ahead.  As I got close, I could see Jennifer running in my direction with the rest of her team and their supporters cheering me to the exchange point.  There was lots of applauds and plenty of hugs and high 5’s to go around; a sincere showing of emotion from new friends bound together by a common cause and goal.

Jay and I followed the progress of the next stage and watched as Jennifer handed the baton off in the middle of Joshua Tree.  Miles the Baton was on a mission and three weeks later would cross the Boston Marathon finish line; concluding this epic event.  By far, participating in One Run For Boston was one of the most satisfying and gratifying experience of this runner’s lifetime.

God Bless those that perished that day in Boston and give strength to those who were injured so that they have the courage and power to go forward!

All runners were encouraged to submit an entry to the One Run website to document this epic experience.  Here’s mine…

We runners are part of a special community.  Fast, slow, young, old—we are one.  We pass each other on the streets with a wink, a nod or a high five.  There’s this special bond we share and perhaps that is why I was so eager and anxious to be a part of this magnificent crusade. A runner friend from out of state alerted me about One Run For Boston and as soon as I hung up the phone, I logged on to claim my stage. Innocent lives had been stolen on that tragic day in Boston, but our solidarity could not be shaken. And now, our English friends were giving us an opportunity to unite as one and show the world what runners are really made of.

At 58 years old, I’ve been running for the past 15 years.  As a public school teacher, I mentor a group of youngsters to set goals by running and raising money for worthy causes by putting on local community races.  Thus far, we have raised over $40,000 for charity.  I knew that participating in One Run would model the spirit of community, the strength of unity and  the empathy and compassion for those who had been stricken by the devastation of that heartbreaking day.  I recognized that running would satisfy my need to do something and set an important example for my students.

So, I chose Stage 15—the toughest elevation climb in all of California.  I knew that dealing with the desert heat, the steady increase of elevation and the solitude of this trail route would be a personal challenge.  Every footfall would be a tribute to those who had died or were injured on marathon day. My progress would pale in comparison to the tough road that the survivors had ahead of them. But with every step, I could feel the solidarity of all runners and each stride brought me closer to the realization that we are one.

I felt a surge of emotion as Lindsay placed the baton in my hand.  It represented such an enormous goal-a journey filled with heartfelt love for those we had never met before.  And after  my incredible 11 mile trek through dirt, over rocks, through tunnels and then on highway, I relinquished the baton to Jenn.   Teary eyed, Jenn and I-strangers only a week before-embraced and I wished her safe running as she continued on this magnificent journey. My hands had held that baton--the same baton that would reach a finish line that many could not reach that tragic day.

My students were awestruck as I told them of my adventure that day.  Although the pictures captured the terrain, they had to see into my heart to truly understand how inspiring, satisfying and humbling that experience was for me.

Thank you, One Run, for you have enriched my life and given further purpose to my running.  Each morning’s run now begins with a prayer for safety to all runners and the courage to carry on no matter what challenges may lie ahead. 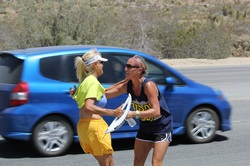 Baton exchange Moly and Jenn
This past March 2014, the ONE RUN FOR BOSTON II was held-another epic relay to raise money for the marathon survivors.  This time, a half million dollars was raised by the runners and their sponsors.
Thank you to local businesses and friends who supported my leg of the race and helped me to raise over $1,100 for the ONE FUND. 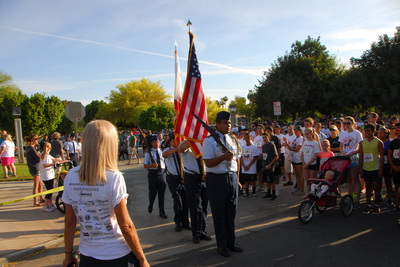 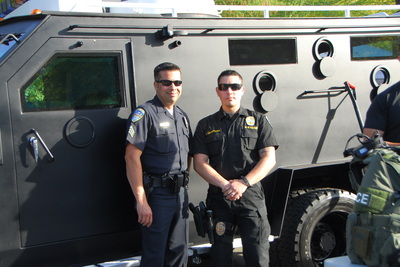 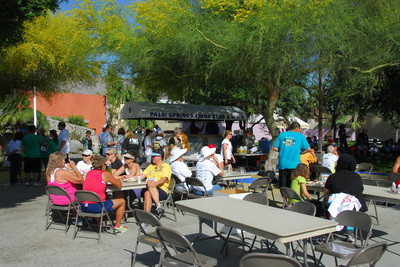 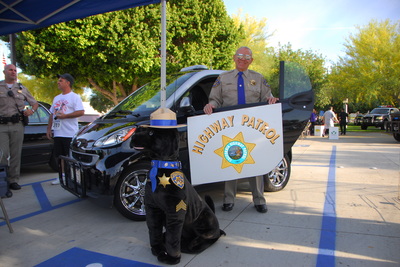 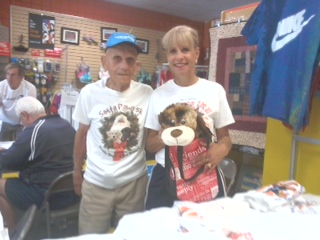 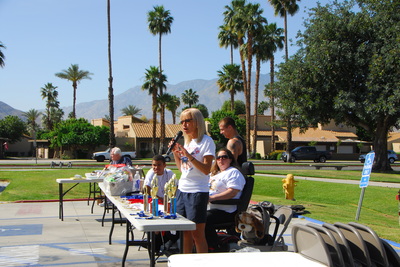 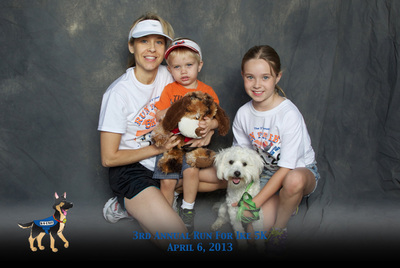 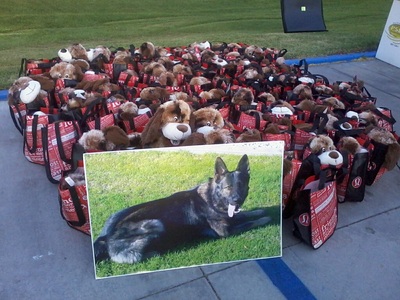